KALW, with ongoing support from the Association for Continuing Education, is proud to introduce its 8th Audio Academy class: the class of 2021. They began their nine-month journey at the beginning of September with two days of video conferencing orientation (including, of course, a spirited dance party). This week, they begin regular shifts with the news department, learning from our summer trainees, last year’s Academy grads, and our staff about daily and long-form writing, researching, fact-checking, reporting, voicing and more. We’re so excited to get rolling with this new class and share the public interest journalism they produce! 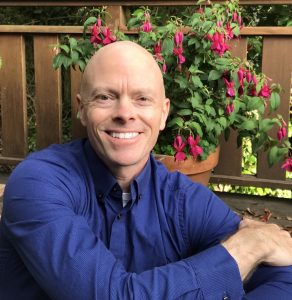 Scott Carroll (he/him/his)
Hi. I’m a second-generation Berkeley native. I worked at the campus radio station, KDVS, at UC Davis in the late 80’s and early 90’s, but haven’t done anything with radio for many years. I worked in media production after college — which was my career plan — but about 20 years ago, after volunteering with the Gay Men’s Health Collective of the Berkeley Free Clinic, I shifted full-time to working in HIV/AIDS, healthcare, health advocacy, and health research. With COVID I am doing a lot of support for my parents who are both in their 90s. I’m currently involved with the California Association of Free and Charitable Clinics, and I am a part-time medical skills instructor for medical students in several western states — waiting to see how we will be working in the upcoming school year. I’m very much looking forward to getting back to media work and learning new skills. 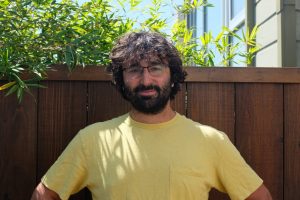 Azul Dahlstrom-Eckman (he/him/his)
I was born and raised in the Potrero Hill neighborhood of San Francisco. Upon graduating high school, I left San Francisco to pursue a bachelor’s degree in Environmental Studies at the University of Oregon in Eugene. I’ve worked as an arborist, bicycle mechanic, carpenter, zero waste educator, whitewater raft guide, and a freelance reporter for the Potrero View newspaper. My passions include everything outdoors, showing off my favorite spots in San Francisco, and most recently, swimming in the Bay. I look forward to joining the KALW news team as an Audio Academy fellow and using my time there to the fullest. 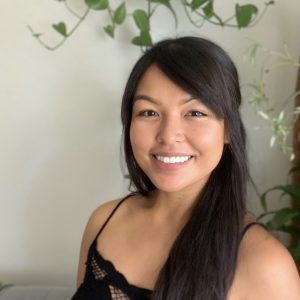 Carla Esteves (she/her/hers)
Growing up as a Filipina American in the heart of the Bay, I have always had a deep fascination and appreciation for stories and sound. It was this admiration of good storytelling that motivated me to work in public media, first doing underwriting for KQED. Now, I am thrilled at the opportunity as an Audio Academy fellow to write and produce stories covering the issues, events, and cultural phenomena that impact the Bay Area and everyone who calls it home. I have a wide range of reporting interests, but my main ones delve deeply into topics surrounding environmental sustainability/justice and culture. In my free time, I enjoy roaming through thrift shops guessing the stories behind odd treasures, exploring the outdoors, trying to be a good plant mom and listening to copious amounts of music which, I hope, will help me greatly as I learn to produce engaging stories rich in sound. 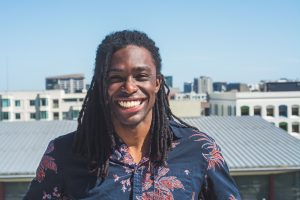 David Exume (he/him/his)
Originally from New Jersey, I moved to the East Bay after completing a degree in sociology and a minor in creative writing. I started building my radio chops at my college radio station, and I’ve also interned at KCRW in Santa Monica. I’m joining KALW now after a year of working in the public sector. I’m looking forward to covering topics including music history, immigration, community organizing, and urban planning. In my downtime, I like playing bass, short stories, movie trivia, and producing mash-ups. 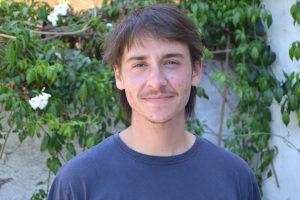 Wren Farrell (he/him/his)
I’m originally from San Diego, but moved to Santa Cruz for college in 2014, where I studied literature and creative nonfiction at UCSC. In 2018, I moved to Oakland and began to pursue a career in audio-journalism. I’ve worked as a reporter for KPFA for the last year, where I’ve covered a wide range of issues from climate change to prison lawsuits to political candidacies to policing in the bay area. I’m interested in telling stories that demystify systemic inequalities, whether those be gender, race, or class based. 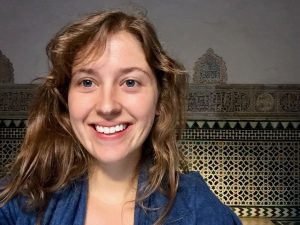 Annelise Finney (she/her/hers)
Hey! I was born and raised in the East Bay and have a background in oral history and political science. For the last four and half years, I’ve worked as a criminal defense investigator at a public defenders office in the Bronx, New York and at an appellate defenders office in the Bay Area. As an investigator, I frequently interview people involved in different parts of the criminal punishment system, and through my work have become passionate about the power of personal narratives and compelling stories to complicate dominant readings of the past and understandings of the present. 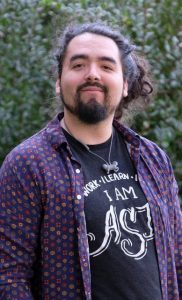 Andrew Garcia (he/him/his)
Hi! I am pursuing a career in public radio as an audio producer/journalist. I got my start in college radio at Sac State and spent the first part of my professional life helping to run the station. I am a big fan of movies, music, cooking videos on youtube, physical mediums, caffeine, podcasts, and of course public radio! 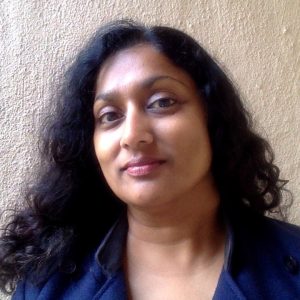 Liza Ramrayka (she/her/hers)
I’m a freelance journalist based in San Francisco and originally from England. I’ve spent most of my 25+ year career writing or commissioning social justice stories for print and digital media, including The Guardian, The Times, and HuffPost. Much of my writing explores aspects of — and solutions to — social exclusion experienced by marginalized communities such as refugees and people who are housing insecure. Audio is a new challenge for me, and I’m excited to discover how this medium can amplify the voices of people at the heart of the myriad social justice stories across the Bay Area and beyond. I’m passionate about advocacy through writing, and am a proud volunteer for San Quentin News and for 826 Valencia’s writing programs. Out of office, you’re likely to find me at the beach with my partner, two children, and our small but surprisingly bossy Maltipoo rescue.