We’re very excited about an upcoming project that’s been a year in the works. It’s focused on issues of health and equity around the Bay Area.

The origins of this project came from our reporting on the 2020 election. We focused on neighborhoods where comparatively fewer people voted. As we learned more about these communities, we found that the people who lived there were typically lower income earners and had worse health outcomes. Essentially, these were places where institutions like government and media were not coming through.

We began establishing relationships with local organizations serving these communities, and provided some meaningful, targeted reporting that served people living in our focus areas. And when we were able to raise funds to continue that community-focused work in a different way, we jumped at the chance.

For the last four months, now, we’ve been deepening our ties to these communities: East Palo Alto, San Francisco’s Bayview, West Oakland, Richmond’s Iron Triangle, and Fairfield. We’ve provided daily updates on testing, vaccination and other resources every week during live resource conversations each morning on KALW. We package those updates in digital video and audio form and share them back out to the organizations with whom we’ve been partnering. And our Audio Academy fellows have been focused on building and maintaining community conversations there, while developing a feature story that will be part of our upcoming podcast.

Wren Farrell is working on a story about Richmond. Here are some thoughts he wanted to share about his reporting experience: 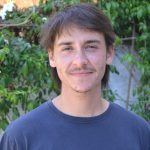 A few weeks ago, I went out reporting for the first time in over a year. I drove up to Richmond to hangout at a community farm, Urban Tilth, while employees packed CSA boxes. I was nervous. It’s not like I’ve been living in a cave for the last year. I talk to people. I do stuff. I see things. But this felt different.

“Did I have enough batteries?” I asked myself, at least five times. “Wind sock? Does my bag look too full? Are they gonna think I’m nerdy? What if they don’t like me?”

I applied deodorant twice, brushed my teeth, and then popped in some gum. I asked my girlfriend how I looked. She said I looked good.

She said I was gonna be late, and she was right, so I ran out the door, still not sure how I felt about this whole thing. I spent the 20-minute drive up worrying about my hair, my clothes, my equipment, my breath. But then I got to the farm, and I was so damn happy to be back out reporting all my anxiety went away.

The first woman I talked to was named Maria, she’d been working at Urban Tilth for seven years, and kept apologizing to me because she didn’t think her English was good enough. I told her that her English was great and tried to bridge the gap with my broken Spanish. She told me I spoke very well, but I think she was just being nice. I moved on to record some chickens, then to talk to the other employees.

When I walked up to the tent where they were packing produce, I had to ask them to turn off the music, which I was scared to do — if someone asked me to turn off the music at my job, I would not be happy — but they were super nice about it. They were all young — late teens, early twenties — and I could tell they really loved what they were doing. They were all making fun of each other but being really polite to me.

After about an hour and a half, I thanked them for their time, and said I was gonna go. I went home feeling happier than I’d felt in days.