Election Reports by KALW Audio Academy Fellows and Grads was Truly By, About and For Local Communities

It’s been a week since Election Day, 2020. Somehow, as with so many things this year, it already seems like it’s been much longer. While we’re definitely looking ahead, I’d like to take a quick moment to reflect upon how KALW covered the night.

Our station began live broadcasting at 4pm Pacific, with some of our local hosts trading off with NPR‘s journalists in discussing the early returns and unfolding storylines. When polls closed on the West Coast, at 8pm, our elections coverage manager, Sonia Narang, and I took over for three hours of live conversation, interspersed with national reports and analysis.

During that time, we were joined by 20 guest speakers. They included journalists from other outlets with whom we’d partnered on election coverage, community leaders from around the Bay Area with whom we’d worked over the previous several months, and a teenager who activated to get out the vote in her Richmond community.

The rest of our lineup was made up of current Audio Academy fellows and grads:

Huge props to all of them for their first unscripted live broadcasts! Our coverage was truly by, about, and for the communities we serve. And it was made possible behind the scenes by Angela Johnston (’14), Shereen Adel (’16), and our training manager Marissa Ortega-Welch.

Every single fellow in this year’s class has contributed mightily to our comprehensive election coverage, including our concerted effort on engaging and informing the Bay Area’s lowest voter turnout communities. Scott Carroll (’21) shared some thoughts about his experience so far in the Academy, including the work he did in the field in the lead-up to the election: 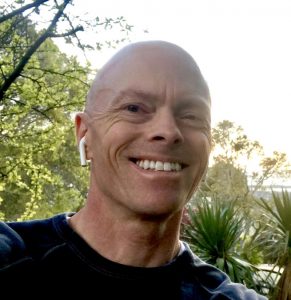 When the Audio Academy started this summer — in the midst of the COVID pandemic, with all work, class meetings, and interactions shifted online — I wasn’t sure how well KALW would be able to integrate our new group of fellows as a class of students receiving instruction, and as a group of inexperienced hands stepping into the ongoing operations of the news department.  I’m happy to say the program has been great.  I feel like I’m learning a lot and the staff at the station has been impressively accessible and supportive.  Every week I feel like I have tangible accomplishments, in the form of radio and website content, based off of the things I have been introduced to in our classes.  That’s rewarding!

Most of our classes happen in the form of a Wednesday night Zoom call.  The eight of us in the Audio Academy are joined by a rotating slate of KALW staffers who step up to train us in an area they’re skilled in. It’s ranged from how to correctly use our own audio equipment or the digital recorders and microphones that KALW has loaned us, to how to edit recorded pieces in Pro Tools.  One day a week each of us are also in the newsroom (via Zoom), where KALW staff work with us one on one to help develop, write and record stories for the newscast.

The 2020 Election was a big focus for us.  KALW had identified the voter precincts in each Bay Area county with the lowest voter turnout.  As Audio Academy fellows we were paired up and assigned one of these precincts to learn more about — to discover things like: what was the makeup of the people living in the area, and who are the community organizations that serve them. On air we were involved in reporting short stories on the ballot measures in each city and county around the Bay, and then in distributing a printed guide to these ballot measures to the precincts the Audio Academy fellows had investigated.

Two weeks before Election Night I was in Fairfield, California, with a heavy canvas tote bag emblazoned with the station’s logo (clearly repurposed from donor thankyou gift supplies) loaded with voter guides written specifically for that community.  I walked door to door to homes and apartments in the small precinct immediately off of the highway, alongside the boulevard leading to Travis Air Force Base.  Unlike my home town of Berkeley, I saw no election signs in the yards of the homes I visited, but the people I encountered seemed genuinely pleased to be getting information on the election.  After the sun set, I banded up the leftover guides into bundles of 100 and dropped them at the neighborhood’s principal churches – the main community organizations within the precinct.

As we think back upon how we covered this election, I’m very curious to see if the percentages of people voting in the precincts, we targeted increased. We’ve seen that nationwide, but the preliminary numbers in California seem a bit lower than they were in recent elections. As we’ve seen, though, it can make a big difference when you wait for the final results.