I keep in touch with many graduates of KALW‘s Audio Academy, and I’ve recently been catching up with several of last year’s graduating class. Found out, in fact, that Annelise Finney is hosting weekend newscasts at KQED Public Radio in San Francisco, and her classmate Azul Dahlstrom-Eckman is editing KQED’s weekend reporters. It’s awesome to see their careers evolving!

I asked Azul to share a few words about his progression in the industry: 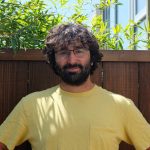 A couple months after graduating from the Audio Academy in June of 2021, I got hired at KQED as an on-call reporter. For several months I worked anywhere from two to four shifts a week, covering breaking news and events all over the Bay Area for on-air newscasts. I also worked as an on-call producer for shows like Forum and The California Report, as well as an Editor on the Digital Team. Being on-call at KQED also meant I could report feature stories for The California Report Magazine and Bay Curious. I just got hired as the Interim Weekend Editor at KQED.

This new role is my biggest responsibility yet. It’s full time (for the next 3 months), and I’m in charge of assigning stories to our entire six-person team, which includes both radio and digital reporters, editing their stories when they are ready, and hopefully having time to do some of my own reporting too.

I’m amazed at how many of the journalistic fundamentals I learned at the Audio Academy I still use every day. Whether it’s writing for radio, fact-checking, voicing, or just knowing what ingredients make a good radio story. Most of all, I think one of the most valuable pieces of advice from the Audio Academy was not to lose my own voice in my work. That’s something I think a lot of reporters struggle with in this industry and something that bears repeating. I’ve done a lot since I graduated from the Audio Academy, and I can’t emphasize enough how well it prepared me for a new career in audio journalism.

Love hearing all that! 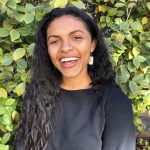 My time in Audio Academy has helped me view my home and community through different eyes (and ears!). A highlight from working on my current feature about the equity in Oakland parklands was getting a guided tour of Joaquin Miller Park from members of a volunteer park stewardship group in the East Bay hills. Due to omicron, I couldn’t get out much in the field for my first feature, so spending an hour in the park, recording the sounds of flowing creeks, birds, and my guides’ perspectives on history, equity, and ownership in the park — armed with my nifty H5 zoom recorder — really made me feel like a real field reporter for the first time. A reliable favorite part of Audio Academy is our weekly Newsday check-in call. I love seeing editors, engineers, producers, hosts, and reporters all in one place and hearing the often zany stories people share about their lives. I feel like KALW has built a supportive community space through these calls — even over Zoom! I can’t believe my time as a fellow is coming to an end, but I can’t wait to see the stories my peers and I create in the meantime.

What’s next? Ryan is working with KALW host Hana Baba on a program about Sudan for the World Affairs Council!

So proud of all our fellows and graduates. Keep your ears open — you’ll probably hear them on the radio!